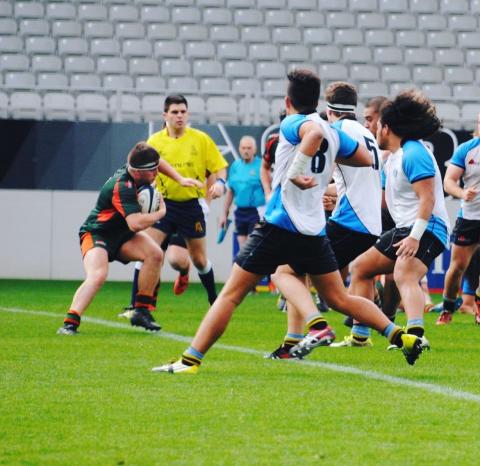 On the 13th of May we witnessed the biggest comeback of the 2017 NRL season. When the NZ Warriors, entered the sheds at halftime leading the Penrith Panthers 28-6, few people would have considered that they wouldn’t go on to win the game comfortably, much less lose. I was recording the game and actually switched off at half time. I thought that I would watch the second half in the morning and remarked “we should have it in the bag from here.” But lose the Warriors did and in quite remarkable fashion. They were outscored 30-0 in the second half to be overcome 28-36, ending the Panther’s five game losing streak. The result caused an uproar from Warriors fans, with some going as far as to burn their jerseys.

But what happened at halftime at Pepper Stadium? How did two completely different teams emerge from the changing rooms at half time? Perhaps the phenomenon we witnessed was a shift in momentum.

Momentum in sports refers to a period of play where one team dominates the other. It is easily observed in racquet sports where points are often won and lost in flurries. Similarly, in cricket a batting collapse can occur after a long partnership is broken and the bowling team, with their tails up, run in with renewed vigour and take a number of wickets in quick succession. This ebb and flow in dominance is one of the appeals of sport and as an athlete, it is important to do what you can to avoid being on the wrong end of a shift in momentum. As shifts in momentum often occur on the back of an error, it is the skill of error recovery that is crucial. One mistake on its own is usually not enough to shift momentum, rather it is the accumulation of mistakes in a snow-ball type effect, that does.

To prevent a mistake turning into a run of mistakes, a three-step process can be employed by which an athlete acknowledges a mistake has occurred, lets it go, and refocuses on the task at hand.

The acknowledgement of a mistake, whilst straightforward, is often difficult to do, as it is easier to continue on as if everything is under control. But pausing, even briefly, is important to permit an analysis of whether any changes are needed. Often nothing needs to change, the opposition may have just played exceptionally well for a brief period. Other times a slight change may be required, whether this is tactical, technical, motivational or otherwise. Either way, once a decision is made it is time to move on.

In regards to moving on, there is no point in moving forward with a mistake occupying precious mental space. If even a small part of an athlete’s attention is being used to analyse, replay or generally dwell upon the setback, this is attention that is not being used on the present moment, where the action is happening. As such, athletes can employ rituals which symbolise letting go of the setback. In tennis, this may be by purposefully walking outside the court markings and taking a settling breath before returning. In rugby, it may be clapping your hands. The exact action doesn’t matter but the intent, to let go and refocus, does.

And refocusing is the last step. This involves turning your attention away from any thoughts (“I’m bound to mess up again”) and feelings (anger, disappointment) that may have arisen from the mistake and committing to performing the actions that you are important for a good performance. This may be focusing on the ball toss of your next serve, or watching the seams of the ball in the bowler’s hands. Whatever it is, it is imperative it is the same focus point that you use consistently.

It is great to have the momentum in sport and to avoid losing it, having an error recovery plan can be very helpful. Below is a quote that illustrates one athlete’s approach and fittingly, with the British and Irish Lions in town it is a quote from ex-Irish and Lions captain, Keith Wood.

“There was a time when, if I made an error, I wanted to immediately make up for it by doing something spectacular. Inevitably I would make a further error and compound the situation. Now I have developed a routine whereby I repeat a mantra word to myself. This clears my mind, and I then focus on next doing a simple thing well.”

With gymnastics being a sport that is just as mental as it is physical, Paula was able to help me train my mind to become mentally tougher in and out of the gym. Learning to deal with any fears or anxiety I may have had about a certain skill or learning how to get through a bad day was essential for me as an athlete if I wanted to be competitive in my sport.