EMOTIONS IN SPORT SERIES - THE TIP OF THE ICEBERG 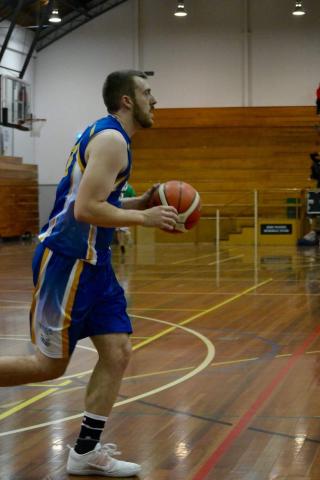 For an athlete, sports and emotions are almost synonymous. Throughout every level of sport—from the macro systemic, to the micro, individual plays/actions—emotion is present.

Indeed, some of the most iconic images we have of sports involve expressions of emotions—Michael Jordan crying with the Larry O’Brien trophy following his father’s death; or Roger Federer crying whilst lying on the Wimbledon court after clinching another grand slam. Of course, whilst sport offers the opportunity of amazing highs as an athlete, often there are many emotional lows—losing, injury, rejection, failure, burnout.

Throughout my time as an aspiring international sportsperson, I have been exposed to the highs of success, and the lows that so commonly accompany them. I personally tend to dissociate the different experiences within games versus outside of games.

Basketball is an emotionally challenging sport. I think that’s important to acknowledge. Over the course of a basketball game there are roughly 80-100 possessions. That means that within every basketball game there are roughly 80-100 potential sources of contentment, frustration, anger, joy etc. As such, the common sentiment that Basketball is a game of “ebbs and flows”, to me, holds for emotions. There are some games where you shoot 4-18 and people you know may want to give you some space for the next 4-10 hours. Similarly, if you’re being blown out by 30 points, you’re probably not going to want to go dancing afterwards. On the flip side, if you shoot 16/18 and win by 30, well, the world seems to be a pretty good place for a while. In my humble opinion, this is one of the reasons I enjoy playing sport—the pursuit of those happy moments while fighting through the challenge of the inevitable downs.

Outside of the actual games is where I have experienced rejection and loss most personally. Team selection is a process inherently fraught with acceptance and rejection. I’ve learned over the years that being left out of a team, for reasons sometimes outside of your own control, can be really painful. You start to question yourself as an athlete, as a teammate, and sometimes, as a person. When you work so hard in pursuit of your goals, only to fall short, I think it’s only natural to question what went wrong.

As I’ve grown older and have reflected on the events following those rejections, I’ve learned that rejection can sometimes be a blessing in disguise. It can push you to work harder, motivate you to figure out what is needed next, to work out your own goals. One of the strongest sports stories I remember as a kid growing up was that Michael Jordan was cut from his Varsity High School team in his sophomore year. Michael Jordan. This story was really important for me when my expectations exceeded my reality. People get knocked down, and sometimes, they smash through the ceilings placed upon them by someone else.

The ceiling that is perhaps the most difficult is the one imposed by injury. Injury is unique for me, in its ability to transcend the on/off-court differentiation. Injuries tend to happen on the court. That moment—when you feel your entire weight over your ankle, or feel your arm going the opposite way from where it should—tends to be an emotionally challenging time. Adding to that is the pressure from coaches, fans, and teammates to “walk it off” or “fight through it”. One of the most guilt-inducing times I have experienced is telling the guys I had been working, fighting, and competing with, that I couldn’t go. Injuries also tend not to be events you can immediately move past. They require hours of pain-staking recovery. Then, once you’re “medically cleared” you have to rebuild trust with your body that you won’t hurt yourself again. What I find complex about the emotions around injury is the collision of performance expectations and re-injury prevention. On one hand, when you’re out there, people expect you to perform and play to a high level, but at the same time, you’re out there saying “if I try to dunk on this guy, am I going to be able to walk tomorrow?”. Those moments are tough to overcome and have caused many men and women problems of the rest of their careers.

Whilst I have outlined some of the main experiences of emotions I have encountered in sports, these are barely the tip of the iceberg. Emotions are something that all athletes must face in sports and, unfortunately, is a component of being an athlete that I feel is so often overlooked. Skills that promote successful emotion navigation in sports are like any other skill- they require practice, rehearsal, and feedback. Without practicing and developing emotional skills in our athletes, how can we expect them to perform at high levels? Join me for my next blog in which I provide some tips for athletes in approaching emotion in sport and provide some more research informed discussion.

Ian is the team psychologist for Auckland Aces and the high performance for young cricketers. High performance sport has highlighted that team success is not only down to talent and ability but importantly psychological readiness to perform where one puts themselves in a state of discomfort in order to perform at the highest stage.