EMOTIONS IN SPORT SERIES - THE POWER OF THOUGHTS 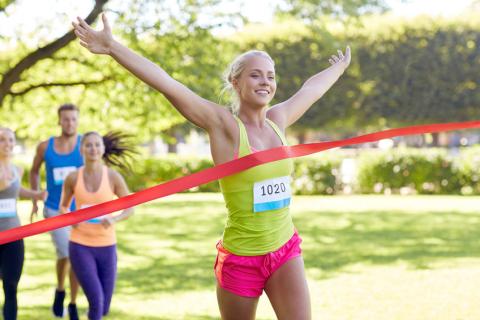 Sport is laden with emotion. A big win can inspire team closeness, happiness, and joy. Conversely, a letdown loss can lead to despair, distrust, and disappointment. Conversely, an athlete’s emotional state can often determine the outcomes of sporting performance, perhaps in how they prepare and train, or how they perform during an event/game. We are currently in the midst of a revolution in professional sports. For the first time, athletes are starting to speak out about their emotional struggles in their careers (see http://www.espn.com/nba/story/_/id/24382693/jackie-macmullan-kevin-love-paul-pierce-state-mental-health-nba). This is an important shift in sports, as athletes begin to acknowledge and face the impacts of emotions in their lives and careers.

As a continuation from my previous blog from an athlete point-of-view, in this blog, I hope to discuss further the connection between emotion and sport from a science-practitioner position.

The Basis of Emotions During Sport Performance

Emotion as a Contextual Response

There are many different interpretations of just what constitutes an emotion. Some theorists have suggested that emotion is a response to some form of stimulus, whether that be real or imaginary. For example, I feel excited because I’ve hit 5 shots in a row or embarrassed after shooting an air ball. As I alluded to in my last blog, there are an array of instances within sporting performances which may act as stimuli for emotional responses.

Thoughts (or Cognitions) therefore become an important tool in looking at emotions in sport. If emotions tend to be a response to something happening, then how we perceive and think about those events are likely to have an impact on the way we feel about them. For example, many a basketball player will be called for a foul and almost immediately contest that call angrily to the referee. Why? Well, that player likely perceives his position/intent differently than the referee, and so they become frustrated by the foul call.

Of course, emotional responses are not always explicit, as in the example above. Indeed, emotions have been shown to impact performance in a number of ways. For some, it may be a physiological change. For example, some sports people exert more maximal strength when angry, while others are vastly impaired in their physical performance when feeling low. For others, changes may be in action tendencies. To illustrate this, something common in basketball is a player missing a “clutch” shot in one game and then choosing to pass the ball when presented a similar situation later, so to avoid the emotional letdown of further failure.

The examples listed above largely constitute in-game situations. What about more log-term or external situations? A great example of emotion in sport, particularly cognitions, is the transition toward retirement. For many professional athletes, their career is strongly linked to their identity, and the end of an athletic career is understandably an intimidating notion. The decision to retire is often filled with doubt and sadness. However, this is not the only possible outcome. Some view retirement as rest well-earned, a reward for decades of sacrifice. The way we think about situations, be it in-game or long-term, often dictates the emotions we experience about them.

In order for to become the most effective they can be, skills in emotional control can be incredibly important. As mentioned in my earlier blog, cognitive skills are like any other, they require practice, and no one is immediately perfect at them.

There are a number of cognitive skills that can be developed. Take, for example, Imagery. Imagery is a hugely important tool for athletes, and perhaps no one better exemplifies positive imagery in sport more than Jonny Wilkinson. His signature pauses and smile before kicking is evidence of him imagining the kick going through the posts. Research has shown that this positive imagery improves performance.  Another technique is mastering healthy “self talk” – that inner voice you hear that works either for or against you to calm you down.  Sport Psychologists offer specific techniques to help you learn how to do this firstly from monitoring these thoughts, to noticing their relationship to emotion and situation then onto debating their truthfulness (as there are many thinking errors that become habitual for mostly unconsciously) and then restructuring those thought habits to get “mind on side”.

Cognitive skills are one of the primary focuses for sports psychologists, working with clients to build skills and work through the aspects of life that impact athletes. If we are able to help athletes develop skills to evaluate situations in balanced ways, there is a greater likelihood of their flourishing and, hopefully, the more successful they can be.

Join us again for further blogs on the Emotion in Sport Series.

Paula is an expert in her field, she knows how to make you work your mind to the best that it can be. Nothing is impossible with Paula.